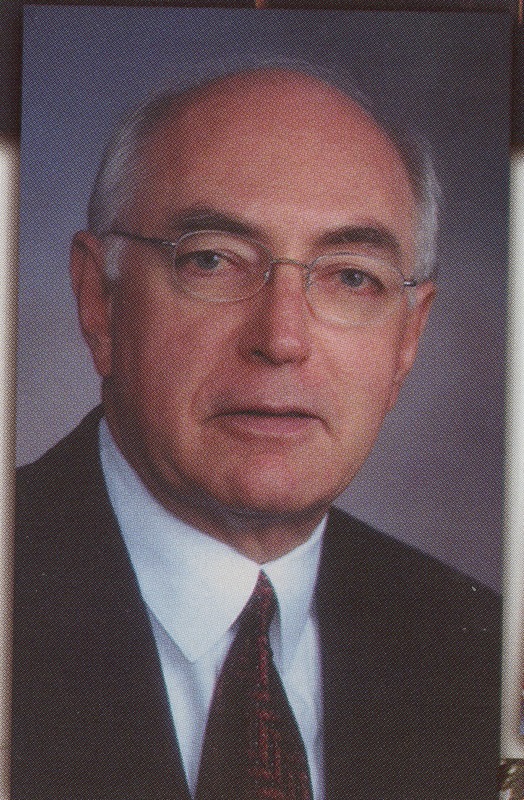 Born and bred a Westerner, Lee Vickers felt he and his wife Deanna, had returned to their roots when they came to Dickinson, North Dakota.

He was born in Laramie, Wyoming, and spent most of his formative years in Denver, Colorado. Deanna was born in Iowa, and grew up in South Dakota. Most of their working lives had been spent in the Rocky Mountain West and the Pacific Northwest. Their soujourn in South Carolina, a happy and productive one, had nevertheless convinced them that their hearts were in the place of their origin.

Dr. Vickers graduated from Adams State College in Alamosa, Colorado with majors in English and Physical Education. This was followed with a master's degree in psychology and counseling from Adams State College, and a Ph.D. from the University of Wyoming with emphases in Counseling and Higher Education Administration. His first educational work experience was at Rangely College, in Rangely, Colorado, where he held a faculty position in psychology, and coached basketball, as well as assuming some additional responsibilities in administration.

After nine years in Rangely, the Vickers moved to Lewiston, Idaho, where Dr. Vickers was employed as the Dean of Academic Affairs and Administration. By the end of their stay there, at Lewis-Clark State College, Dr. Vickers had been the Vice-President for Academic Affairs, the Executive VicePresident, and then President during the years 1971 to 1994.

The Vickers' three children, two sons and a daughter, grew up in Lewiston, and Deanna Vickers served in the Idaho Legislature for three consecutive terms, from 1987 to 1993. She was active in many aspects of community life, including the arts, historic preservation, and conservation.

Realizing that his aspirations for Lewis-Clark College had been achieved. Dr. Vickers sought the presidency of Francis Marion University in Florence, South Carolina. He was appointed to that position in 1994. During his tenure at Francis Marion University, Dr. Vickers was instrumental in increasing academic standards, enhancing student academic and support services, establishing an international program, and developing partnerships with the region's public schools, businesses and industries, as well as cooperating and collaborating with other universities in the South Carolina system.

The Florence community also profited from the presence of the Vickers. Dr. Vickers served as the chair of the Florence Chamber of Commerce, as well as filling positions on several other boards and associations. Deanna served on the Florence County United Way Board and the Alliance for South Carolina's Children.

But the children of this two-for-the-price-of-one couple were establishing their lives in the West, and the opportunity to return to the Western culture lured them to Dickinson. "Not only are we anxious to be closer to our children and their families, but we are excited to be back in the West," Dr. Vickers said. "We appreciate the values in the West because they are consistent with our values." After his selection by the State Board of Higher Education, the University System Chancellor said "With 20 years of being a president, he brings the most experience to Dickinson State of any president in the System.... His experience and knowledge will serve the University well as it continues to play a vital role in the economic, cultural, social and educational growth of the region."

When asked what he did for fun. Dr. Vickers responded that what he does as president is fun. He added that he and Deanna enjoy the outdoors, play tennis, and he likes to squeeze in a little fishing and hunting. Since their arrival in North Dakota, Deanna has become a member of the North Dakota Historical Society Foundation Board, the Theodore Roosevelt Medora Foundation Board of Directors, the Prairie Public Broadcasting Board, chairs the Dickinson Area Library Foundation Board, and continues to be involved in other community events. When he came to Dickinson, Dr. Vickers said he was anxious to be a part of Dickinson State University. Surely his expertise and leadership have assured him an esteemed position in the story of "The College on The Hill."