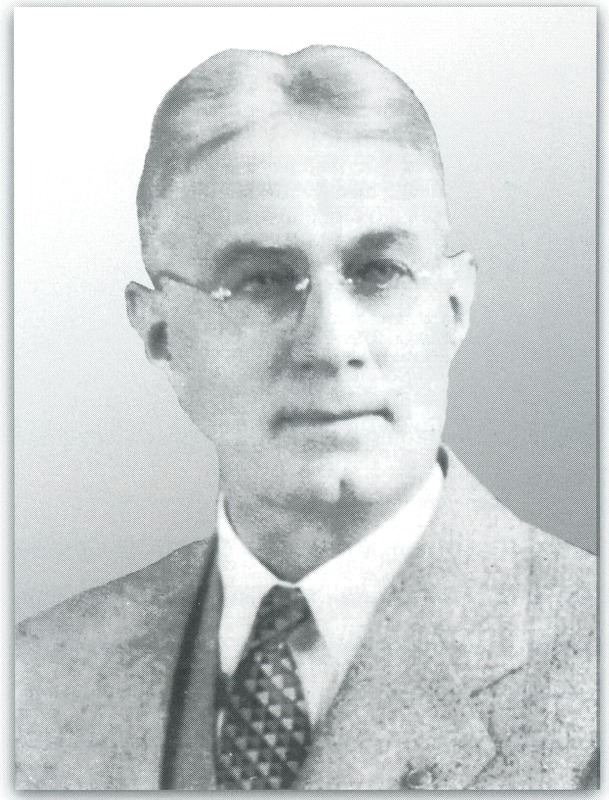 His career began as a teacher in the rural schools of South Dakota. From there he moved into the professional field of teacher education as Director of the Normal Department at Augustana College, South Dakota. Dr. Kjerstad also served as an instructor in the State Teachers College at Winona, Minnesota. Later he became an Assistant Instructor in Psychology at Valley City State Teachers College, where he rose to be head of the Department of Education and Psychology and Dean of the Faculty.

Dr. Kjerstad put his teaching career on hold and served as a first lieutenant in the Signal Corps during World War I. President Kjerstad had married in 1916, and was the father of three daughters.

When asked whether he had applied for the job as president of Dickinson State College or had simply been appointed, Kjerstad responded that there had been other applicants. In a later letter to Belsheim, Kjerstad said that he had been "weaned" away from teaching psychology and education by being the job, and tried to get President W Allan to appoint an older member of the staff to the position. I am of the opinion that a person who has spent years doing research should not be called upon to a field to which he has not given those years." That seems to be the closest to an admission that he did not feel comfortable in the position at Dickinson, even though he had applied for it.

Dr. Kjerstad was probably the complete antithesis of Dr. May. Kjerstad was quiet, scholarly, reserved. There was no hint of the autocrat in his bearing. He has been characterized as being a gentle man, as well as a gentleman, and he was an academic, rather than an administrator. As an example of his treatment of staff, he said, in one of his letters to Belsheim, that at his first meeting with Maude Klinefelter, who served as the president's secretary, she informed him she did not take dictation, and that former President May had always written his correspondence in long hand which she then copied on the typewriter. "Not wishing to hurt her feelings, we continued this practice much of the time."

The absolute departure from Dr. May's administrative style may have been one of the reasons Dr. Kjerstad experienced so much difficulty on the campus at Dickinson. Dr. Charles Scott, who later became president of Dickinson State Teachers College, said he "met McFarland (president at Valley City when Kjerstad was there) at Minot. McFarland said, "I think this is a mistake. Kjerstad is a fine teacher, but no administrator."

McFarland knew Kjerstad well, having hired him at Valley City. Scott added that he thought Kjerstad was indecisive. He also recalled stopping at Dickinson on a trip to greet Kjerstad. He (Kjerstad) "appeared to be uncomfortable and unhappy." The consensus of those who were interviewed by Belsheim seemed to be that Kjerstad was an exemplary person and a fine human being, but was deficient in administrative abilities. When Belsheim interviewed Dr. Kjerstad,'' the former president said that he enjoyed his Dickinson tenure, "as it was a new and different experience for me." He hinted that everything was fine until politics in the form of Governor Danger entered the picture. (He related an incident that occurred when Danger wanted a certain man to be given a job shoveling coal on the Dickinson campus. Kjerstad responded that if he put that man on, eight boys who were working while attending college would have to be taken off the job. The matter was dropped.)

Kjerstad thought, in retrospect, that it had been a bad time to build South Hall, because at times the interest payment could not even be met. He also said that one of his biggest mistakes was to mix students and faculty in the dormitory. (This Kjerstad policy seems to be the one which raised the most ire among the faculty, and always comes to mind when those who were there at the time reminisce.)

Certainly, however, Kjerstad did not fail in his responsibilities to the institution, even though his tenure was marked by dissension. According to Belsheim's notes, when asked what he thought was the achievement of which he was most proud, Kjerstad responded promptly, saying: Of course, the one real achievement would be the reorganizing what was a high school course for the slope [sic] with students from the Slope area....

Having been chairman of the Committee, in the early twenties, which worked out and organized the Four Year Teachers college course for the first exclusive teacher training course in the State at Valley City which became the pattern for other Teacher Colleges which were already in the picture, this was ready for us to copy at Dickinson. Kjerstad also spoke about his efforts to have Dickinson accredited as a four year institution, capable of granting liberal arts degrees, and he highly praised the work of townspeople in helping to accomplish this.

Also among President Kjerstad's vivid memories was the transformation of Stickney Hall into a light housekeeping dormitory for 50 girls. He indicated that this was the first dormitory in the region to make such a move, and said "Many presidents of Teachers Colleges conferred with me about this project at our annual meetings." He recalled that the Home Economics teacher had charge of the light housekeeping, and "when the federal government took over a slaughter house in South Dickinson to take care of the oversupply of cattle... we were able to get free meat for the Light Housekeepers."

Kjerstad ended his 1967 communication with Belsheim by saying: While I had insisted that men like myself, trained in Psychology should not be drafted for administrative work, I did enjoy my work at Dickinson. I had wanted to get into a U or College and when the opportunity came to change, I was happy to come to UND.... We have been very happy at the University where I am now Emeritus Professor in Psychology and Philosophy.

After a long career in public education in the states of Minnesota, South Dakota and North Dakota, Dr. Kjerstad retired from his position at the University in Grand Forks in 1954. At that time he said "I don't like the term retirement. Students and teachers do not retire; their lives are a series of commencements. To us, it means the beginning of new interests, new activities, and we hope new accomplishments."

Dr. Kjerstad died shortly after Belsheim visited with him in 1967. This president, considered by some faculty members as "too kind to be a good administrator" had seen the college through the difficult days following Dr. May's death, had dealt with horribly inadequate budgets, and had worked in an atmosphere of political upheaval. However, he remembered his Dickinson days as a period of accomplishment, and held, until his death, fond memories of his time at "The College on The Hill."